You are here: Home1 / Resources

Being better-informed before something happens is better than finding out afterwards and realizing it is too late. Each of the topics below focuses on issues that affect you, your family and your business.

One of the goals of the Alliance Insurance Group, Inc. is to provide our clients with useful information so that they can make informed decisions about their insurance.

Here is some information and a list of websites to assist and educate our customers:

History Of The Insurance Companies That We Represent

The American Automobile Associations (AAA) was formed in 1902, when cars were just beginning to appear on our nation’s roads. They were a voice for America’s car owners, and produced maps and guides for their use. Today, they offer all types insurance, not just car insurance.

Foremost was founded in 1952 to provide insurance for mobile home owners. Today they are part of the Farmers Insurance Group. They now offer a wide variety of insurance, including some niches which other companies may not. Foremost offers insurance for seasonal homes, personal watercraft, scooters, golf carts and more.

Grange was created in 1935, during the Great Depression, to provide insurance for members of the National Grange of the Order of Patrons of Husbandry. Today they offer insurance to everyone and sell exclusively through independent agents.

According to their website, “Hagerty exists to keep classic cars on the road.” On their site they have valuations tools, as well as articles and videos about classic cars. They also insure classic trucks, motorcycles, boats, and military vehicles. If you have a World War II Sherman tank or Willys Jeep that you want to insure, Hagerty can cover it. All vehicles must be de-militarized, so if you still use your tank to fire live shells, they won’t insure it.

The Hanover Insurance Group consists of over a dozen different companies. Their founding in 1852 pre-dates the American Civil War. Originally the Hanover Fire Insurance Company, they had to deal with three major fires within six years after the war. In 1866, 1,800 buildings in Portland Maine burned down. The Great Chicago Fire burned three square miles of the city in 1871. Only one year later, Boston suffered a fire which torched nearly half of the city. Today they provide a variety of personal and business insurance, sold exclusively through independent agents.

The Hartford’s founding occurred in 1810, back when James Madison was president. In the past two centuries they have had a couple presidents as clients. In 1861, they insured Abraham Lincoln’s Illinois home when he left to become president. They also insured President Eisenhower’s farm in Gettysburg, which he used as a presidential retreat. They have also insured some well-known landmarks, such as Hoover Dam and the Golden Gate Bridge.

Nationwide began operations in Ohio as Farm Bureau Mutual Automobile Insurance Company during 1926. Seven years later they added fire insurance to their offerings, and acquired Life Insurance Company of America in 1935. The name change to Nationwide occurred in 1955 when the company set a goal of selling insurance across the country. Today the company provides financial services as well as insurance.

If you have ever watched television, you have no doubt seen Flo (Actually Stephanie Courtney) plugging Progressive Insurance, and wisely recommending that you bundle your home and auto insurance. She debuted in 2008 and has become so popular that you can now get a Flo costume for Halloween at Party City. Progressive Mutual Insurance Company was launched in 1937. It has a history of innovation in the insurance industry, including:

Travelers was founded in Hartford during 1864, while the Civil War was raging. It introduced accident insurance to the United States. One of its first customers was the president of a local bank. Travelers insured him on his four city block walk from the bank to his home for two cents. The 1855 founding of St. Paul Fire and Marine Insurance Company occurred in the territory of Minnesota. Minnesota became a state three years later. These two companies merged in 2004. Today they offer all types of personal insurance from weddings to pets. They also offer a variety of insurance products for many different industries.

The Donegal Insurance Group story began in the small town of Marietta in Lancaster County, Pennsylvania, where a small group of farmers came together to provide mutual protection for their farms and property. On May 13, 1889, James A. Beaver, Governor of the Commonwealth of Pennsylvania, issued Letters of Patent to the Donegal and Conoy Mutual Fire Insurance Company, Marietta, Pennsylvania. Today, the Company offers personal and commercial property and casualty insurance in 26 states.

The Alliance Insurance Group wants to provide as much information to our customers as possible to help keep them informed and educated. Here is a list of questions frequently asked by our clients.

A non-profit group sponsored by the insurance industry to provide general information about insurance. This is an excellent resource for unbiased information. Order publications at the web site.

Includes a wealth of information on how to insure homes against flooding.

The Life and Health Insurance Foundation for Education

The Life and Health Insurance Foundation for Education (LIFE) is a non-profit organization designed to address the public’s growing need for information and education on life, health, and disability insurance. LIFE also seeks to remind people of the important role agents perform in helping families, businesses, and individuals find the insurance products that best fit their needs.

Did you know that each year in the United States there are an estimated 15,000 fires caused by a clothes dryer. These account for an average of 34 deaths, 430 injuries, and more than $209 million in property damages. Please call (317) 506-3176 or visit our website today to schedule an appointment. With this appointment you will be able to increase the safety and efficiency of your clothes dryer! 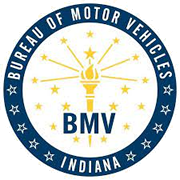 From this website, you can obtain information regarding plates, registrations, driver’s licenses, permits, titling vehicles, etc.